Zucchini with tomatoes and capers

My Mom used to make this basic recipe with every vegetable she grew in her garden. Every meal was delicious. Three or four tablespoons oil One large diced onion Two […]

This made the house smell so good. One boneless leg of lamb about five or six pounds. 6 cloves of garlic 2 teaspoons salt One heaping tablespoon rosemary One tablespoon […]

My friend Carol brought this to my house for a graduation party. I have not stopped making it and have given the recipe out a million times. Two bags of […]

The first time I had this salad I was in Ann Arbor, Michigan visiting my daughter. We went to this great deli called Zingermans and I had to try to […] 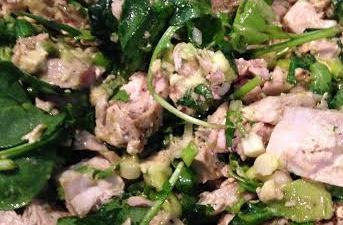 This is not your tuna with mayo. This is a recipe that Ina Garten developed and I changed just a little. It is delicious and well worth your time. 4 […] 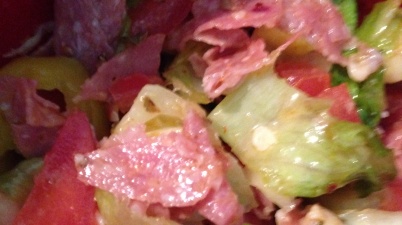 Get ready to smell like garlic and onion and it is worth it. 1/2 pound of diced salami 1/4 pound of provolone cheese 1/4 pound of american cheese […] 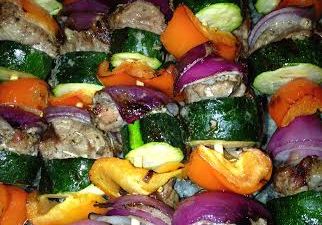 The shish kabob recipe is on the November 11 post but last night the entire dinner was so good I had to post all of it . It included […]

I call this the Veggetti pasta because the tool I use is the Veggetti. My sister, Janet, gave it to me for my birthday and I have been Veggetting everything. […]

Fabulous recipe and you will never have enough. Ten to Twelve red or Yukon gold potatoes One pound of regular or thick sliced bacon Ten to twelve tablespoon apple cider […]