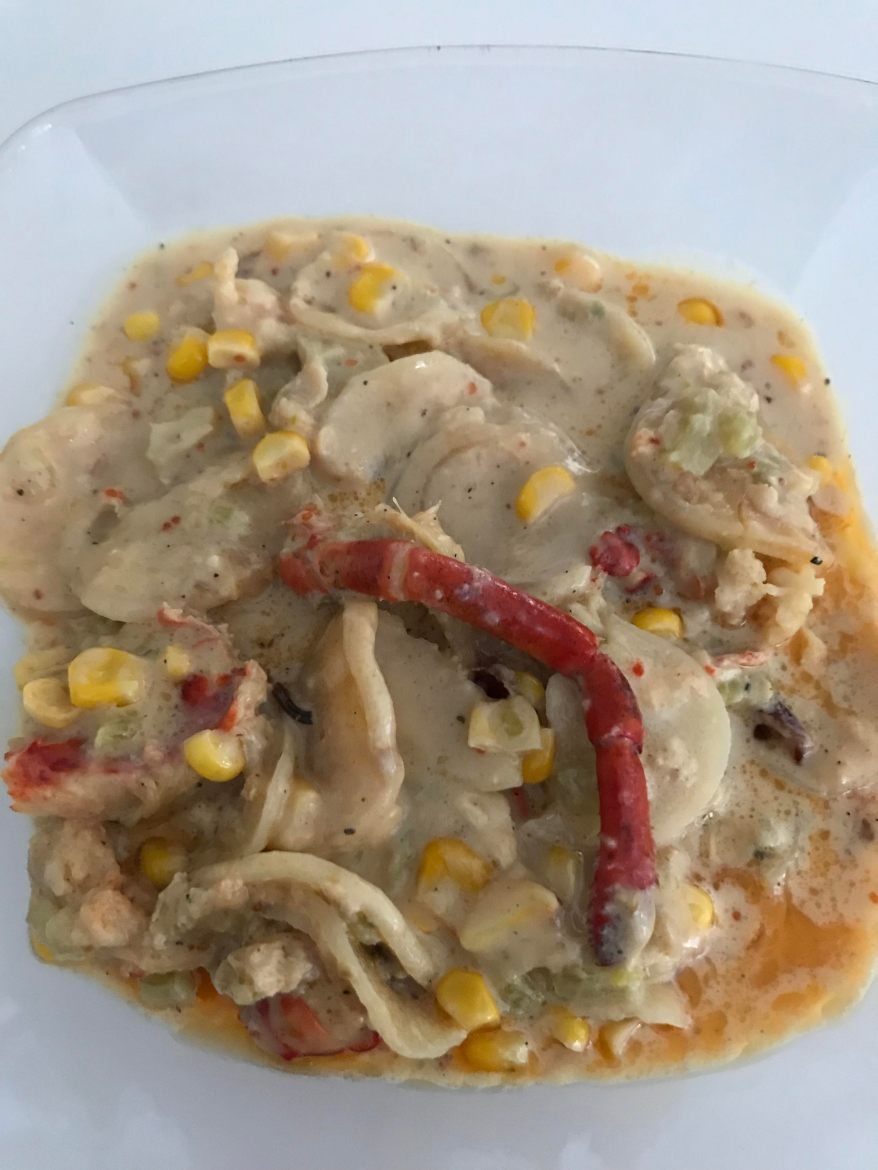 One box of scalloped potatoes seasoned with sour cream and chives

Bring the water to a boil

Put the lobsters in the water and cook for about ten minutes with the cover on the pot.

Strain the lobsters  into a bowl

Melt the butter in the same pot

Put the onions, shallots and celery in the pot and cook till soft.

Put the water back into the pot and reduce to one cup.

Add the seasoning and bring to a simmer

Add the milk and bring to a very slow boil

Take off all the lobster legs and put them into the milk.

Let the legs cook in the milk

Lower the heat to medium

Add two cups of corn and the package of scalloped potatoes with the seasoning package.

Cook on medium heat for about twenty minutes or until the potatoes are cooked.

Add the rest of the cooked cut up lobster meat.

I added all the red and green from the inside of the lobster and whatever juices came out.

Let everything simmer together for at least ten minutes.

Serve in a big bowl and a lot of napkins because the lobster legs are so good to suck on.

View all posts by cmangoff